How Many Amps To Jumpstart A Truck? Things to Know 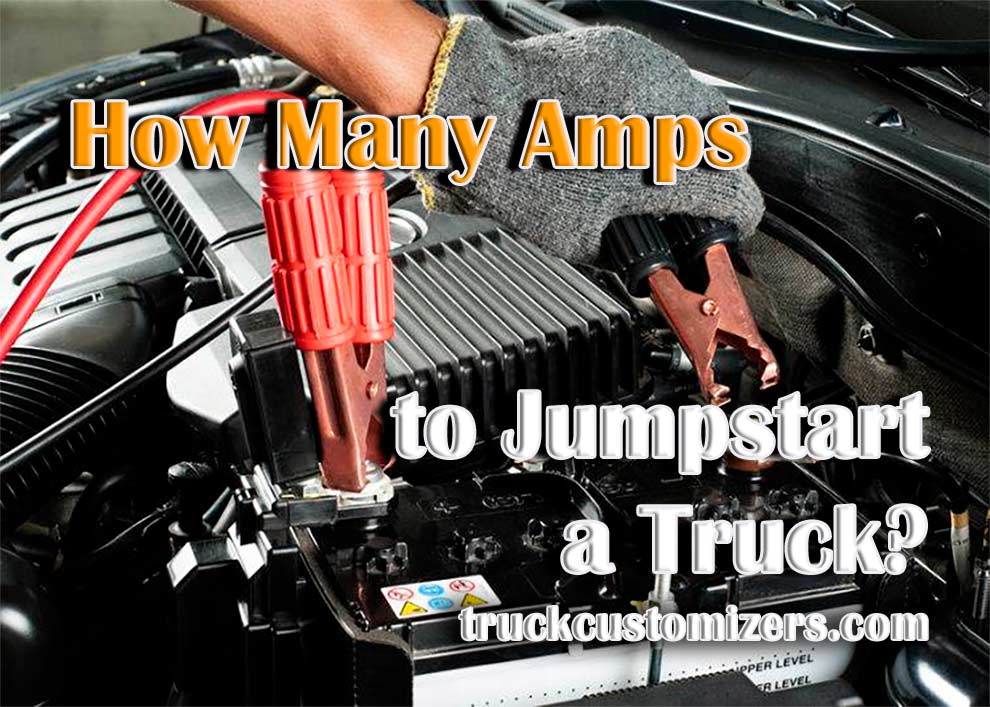 What Is “Cold Start Current”?

The cold start current (or, as it is also called, “cold cranking current”) is the maximum current that a new, serviceable battery cooled to -18 degrees is capable of delivering to the consumer, which means, of course, the starter. This value is always present in the specifications of any car battery and should be used as a guide when buying. And today we will talk about how to choose the best portable jump starter and how many Amps to jumpstart a truck.

In the world, there are several standards for measuring the cold start value of batteries, which differ from each other. European, Asian, American, and a few more local ones – Russian, German, etc. And what according to one standard is good, according to another is so-so. So that a normal car owner does not have to go into the peculiarities of the standards, much less the methods of converting numbers from one to another, in the vast majority of cases, the European standard – EN – is used. Almost all Russian battery manufacturers measure current in it and write it on the label. An inscription like “500 A (EN)” – this is exactly the parameter we need! Sometimes this figure is depicted on the label of the battery in a huge font, sometimes – quite small.

500 amps, 550, 600, etc. – is the current the battery can deliver. The current is huge. Moreover, we are talking about a decent (-18 C) frost – in the warm season, the value of the current can still safely increase one and a half times! Keywords – can give back. But in reality, the battery gives as much as the starter takes.

The starters of the majority of petrol cars consume even in freezing temperatures, taking into account the oil which has thickened in the crankcase, a much smaller current – not more than 300 amps, and most often – up to 200-250. And the batteries of these cars are able to give 500-600 amps. With diesel and multi-liter gasoline engines – everything is proportional: both the current consumption of starters is higher, and the cold start current of the batteries. The question arises – why do the batteries need the ability to produce starting currents with such a large margin – by two or three times?

The explanation is quite simple. The car manufacturer, defining parameters of the regular battery, takes into account a number of obvious, but important moments. Firstly, minus 18 degrees, at which the current of cold start of the accumulator is measured, as we understand, it is far from the cold limit. And the cold reduces the current output of the battery. If at minus 18 the battery will give out 500 amperes, then at minus 25 – already 400 (figures are conditional, just for understanding). From these four hundred amperes something will be taken away by the non-optimal charging level of the battery (which happens everywhere in the cars operated in urban conditions), something else will be lost because of the general wear and tear of the battery, if it is not new – sludge, sulfated. In fact, the battery is able to give to the starter only a little more than it needs… Sometimes it is almost full. This is what this reserve is designed for, and there are no “extra amps”!

As a result, if the question of saving money is not acute, then to replace, in addition to exactly the same, we can buy a battery and with higher electrical parameters. for example battery with a capacity as the regular (60 amp-hours), but with a higher starting current – 600 amps. In this situation, it makes sense to prefer this option. In winter it can help you a lot! And I hope this article was very useful for you!