Pretty much every single modern-day vehicle comes packed with an on-board computer. Also known as the ECU or the PCM, it’s like the brains of the car. It brings all the different systems together, making sure they operate like clockwork. So, why would you need a chip or tune, exactly – won’t the computer handle all the calibrations on its own? Well, not quite: no matter how advanced it is, you can still improve overall performance with a third-party device.

And that’s exactly when programmers, tuners, chips and modules come in. Specifically designed to maximize efficiency by optimizing ignition, mileage, forced induction, the exhaust, and other systems, they aim at improving the powertrain. But what’s the difference between these four devices? And how do they work? That’s exactly what we’re here to figure out!

Is Tuning or Chipping really worth it? 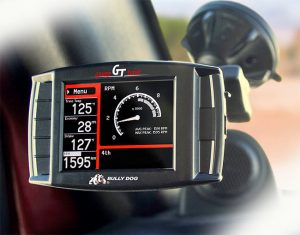 So, what most drivers are probably thinking right now is – do tuners and modules make a big difference, or not? Should I even bother reading about them? Well, the short answer is yes, they certainly do deserve your attention. They allow the car’s owner to adjust and customize different systems and mechanisms to “shape” the driving experience. Now, the factory settings are pretty great: they’re balanced out and keep everything steady.

However, if you, for example, live in a cold area with lots of snow and ice, a programmer or module will help you to re-calibrate the vehicle so that it handles the tough terrain better. Or, if you’re looking to maximize mileage, these devices will help you with that as well. This is especially true if you recently installed an aftermarket exhaust system or cold air intake: a decent-quality tuner will bring it all together.

Plus, you’ll be able to run diagnostics in your own garage, without having to visit the closest auto shop. By constantly “keeping an eye” on the insides of the vehicle, you’ll save yourself from expensive and time-consuming repairs, accidents on the road, and other troubles. Torque, power output, speed limitations, air-fuel ratio, and shift points – those are just some of the parameters that you’ll get to customize with chips and programmers. 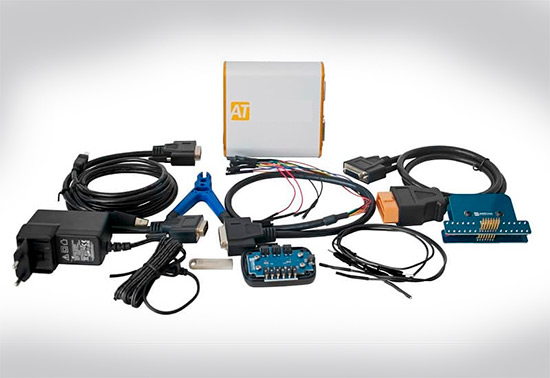 In many ways, chips are the cheaper, simpler option. Also known as modules, they are considered to be an entry-level enhancement tool. What you need to do is connect them to the car’s electrical system. This is how chips work: after establishing a steady connection with the vehicle’s system, they start gathering data. Next, once all that information is analyzed, the modules start making the necessary recalibrations.

So, yes, without getting up-to-date info, they won’t be able to do their work correctly. Chips tend to take a pretty long time to go through all the data and readjust it. Sometimes, they require as little as 30 hours to get everything sorted out. In other cases, you can leave them running through the night, and the customization still won’t be done.

One of the biggest downsides of chips is their limited compatibility. What I mean by that is you need to look for modules that were specifically designed and programmed for your vehicle. It should be a 100% match with the make, model, year, and engine. Otherwise, you won’t see any significant gains in performance, mileage, or anything else, for that matter.

On the bright side, the market has lots of pre-programmed chips. These are very easy to plug in and don’t involve any effort on the driver’s side. Just put them in, and the chips will carry out all the necessary adjustments. But, again, for satisfying results, make sure you’ve got the right match with your four-wheeled friend.

Alright, now that we’ve learned the ins and outs of chips/modules, let’s see what programmers and tuners are all about. Again, these terms are used interchangeably, and not only by regular drivers but professional mechanics as well. Essentially, they’re the same thing and perform identically. So, you can forget about the programmer vs. tuner debate. The bigger question is – should you pick tuners over chips, or not?

Are they the superior option or maybe chips will be a better deal? Here are the facts: first of all, tuners connect differently. Instead of plugging them into the electrical system (it’s located under the car’s hood), they are installed into the so-called OBD-II port. Secondly, tuners slash programmers are a lot more customizable. As I mentioned earlier, chips come pre-programmed for specific tasks, and there’s very little they can do outside of that frame. 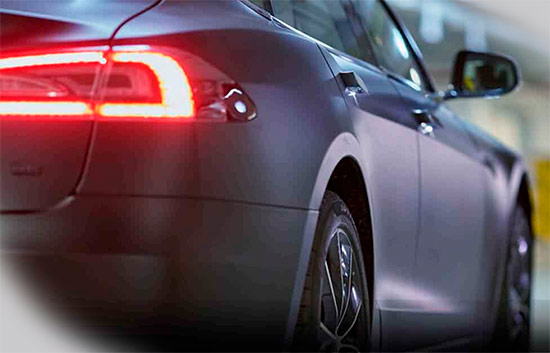 In contrast, a premium-quality tuner is very flexible and versatile. With the right knowledge, you’ll be able to instantly switch between different settings, going from a fuel-efficient preset to a performance-oriented one. Speaking of presets, programmers usually come with at least a dozen of those. Plus, you can download new ones from the Internet (they’re not free, though) and create your own presets.

Last but not least, in my experience, tuners work better with aftermarket gear. Chips are pretty great as well, but they’re still not as good at maximizing the efficiency of aftermarket parts. Performance Tuners can readjust the computer to work better with a new set of tires, brakes, a different suspension system, and more.

And the Winner is…

Chips/modules and tuners/programmers are different, that’s for sure. And, as we learned today, they’re quite efficient. Summing up, I want to say that if you’re looking for a quick and cheap way to recalibrate your vehicle, chips will be a decent pick. It’s very important to find a module that’s compatible with your car; otherwise, you’ll be rather disappointed. Plus, I recommend buying pre-programmed chips, as they’ll be able to focus on something specific.

As for tuners, they are, without a doubt, the superior option. First of all, they’re not limited in any way and you can shape your system using lots of different presets. On top of that, the amount of control the driver gets with a tuner is truly amazing. These devices are more expensive, however. However, if you’re ready to commit, in the long run, they’ll turn out to be a wise investment.

That’s pretty much all there is to know about this topic! One last thing I want to mention is that most tuners/programmers can work both with diesel and gas-powered engines. That’s not the case with chips, though. Keep that in mind when deciding which device will be more suitable for your vehicle.