How to Reduce the Diameter of the Exhaust? 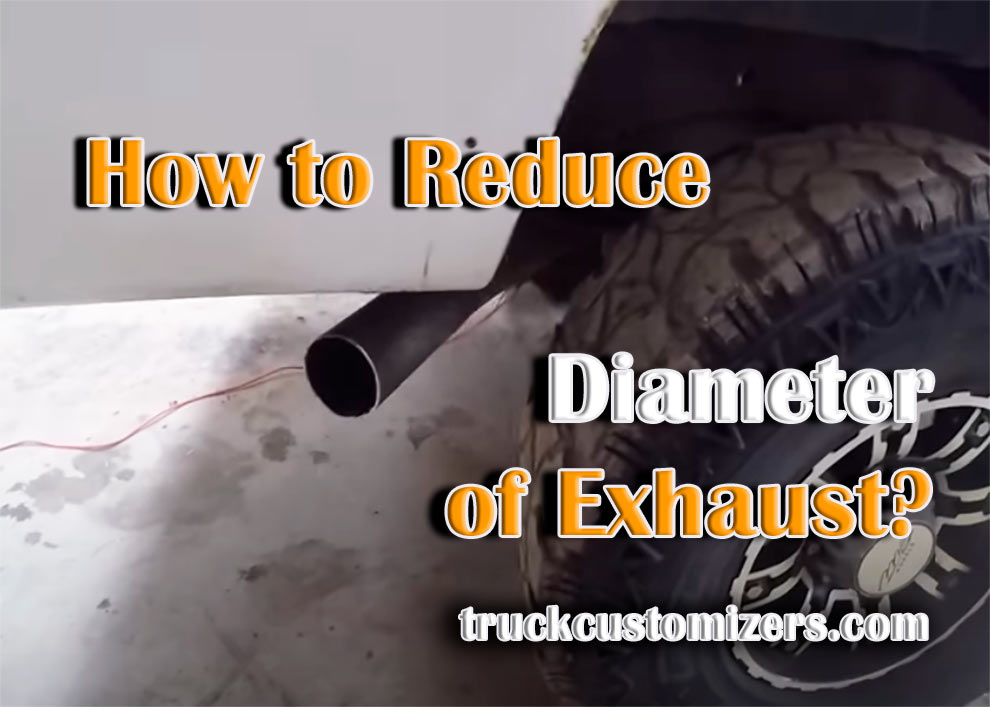 If you’re not happy with your vehicle’s performance, it might be a good idea to change the diameter of the exhaust tip. But what will you gain from that? Maybe it would be better to enlarge it instead? What are the pros and cons of making it smaller? Can a regular driver do that in their garage, or will they have to pay an auto shop for that? We’ll talk about all that in this detailed review!

First, we’ll discuss the idea behind reducing the diameter. Next, I’ll take you through a step-by-step guide on how to “shrink” the exhaust, and what benefits that will bring. Now, this might seem like a pro-grade upgrade/customization, but there’s nothing hard about modifying the exhaust. Just follow my lead, and let’s get to it!

Why would you want to make the Exhaust Smaller?

We start by figuring out the main advantages of reducing the exhaust’s diameter. It’s really simple, actually, and you’ll see the positive results right away. So, here it is: a smaller tailpipe is a lot more effective at eliminating exhaust fumes. By reducing the diameter, you increase the velocity of the vapors slash fumes. The higher the velocity, the faster (and easier) the gases escape the exhaust.

As a bonus, you’ll get better performance on low RPMs. This should be music to the ears of off-roading fans. Most vehicles struggle at low RPMs, even when equipped with big, strong engines. Now, you should be prepared for the car to take a small “beating” on higher RPMs, but I say it will be well worth it when driving on uncharted land. 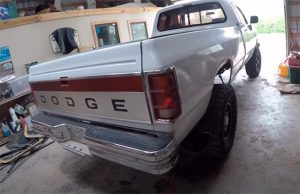 In other cases, people do this adjustment for strictly “physical” reasons. I’m talking about situations when the pipe simply doesn’t match the rest of the exhaust system. Most drivers take advantage of the warranty and request a replacement or even a refund. But what if your gear isn’t protected by a manufacturer’s guarantee? Well, that’s when this little trick swoops in to save the day.

Say, if you’ve got a brand-new exhaust for Cummins (like maybe for the mighty 6.7-lit turbo V8), and it doesn’t fit, reducing the diameter will be the only thing you can do. I specifically mentioned Cummins, because this brand’s engines are known to have minor issues with aftermarket gear, especially headers and components of the exhaust system (tailpipes, mufflers, converters, and more).

And one last thing: do you know what an exhaust drone is all about? This term is used to describe the vibrating, frustrating noise that occurs when you install a third-party exhaust. This only happens at specific RPMs (2-3.5K), but is still very irritating. Well, it can all be fixed by reducing the diameter of the exhaust. In all fairness, drone sounds don’t mean there’s something wrong with the system; they are pretty annoying, though, that’s for sure.

The Pros of Enlarging the Diameter

Alright, so, the obvious question here is – why should I reduce the diameter, when I can make the exhaust bigger? In this situation, bigger isn’t always better, although it does have a couple of pros. In contrast to a smaller diameter, a larger one boosts the vehicle’s performance on higher RPMs. So, basically, you get a bit more speed and control over the road when you push the powertrain to the limit.

This kind of adjustment is very popular among the fans of drag racing because even a couple of extra miles per hour on the speedometer can help a driver win the competition. But for off-roading, enlarging the exhaust isn’t a very good idea, as you’ll need a lot more “oomph” on lower RPMs. When pushing through snow, slush, mud, and heaps of sand, you want your four-wheeled friend to have a strong throttle response (acceleration), not an impressive top speed.

Reducing the Diameter: Getting Ready 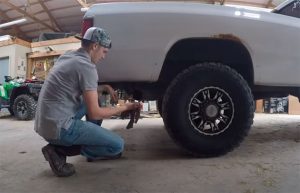 Ok, now that we know what you can expect from exhaust size modifications, it’s time to get to the practical side of things and reduce the diameter. Don’t worry: this won’t take much time or effort. You will, however, need to come prepared for the job. First of all, get a pair of high-quality gloves. Secondly, equip yourself with an impact driver/ratchet, a grip vise, and a muffler clamp. By the way, do you know how to measure the diameter?

If it’s a straight-cut pipeline, all you’ll have to do is measure from the center (from outside to outside) – that’s how you do it. This is important: sometimes, it’s not an exact measurement, and what you should do is round up to the closest size (like if it’s a 3.4-inch, mark it as 3.5-inch). But what if it’s a slanted cut? You won’t be able to measure the inlet size the same way. The best tool for this is a soft ruler.

Go ahead and wrap it around the pipe. A simple piece of rope will also do: wrap it around and put it next to a ruler to figure out the correct measurements. Next, divide that number by 3.14 to get the right diameter/inlet size.

First things first, make sure the vise is holding the pipe steadily. Next, install the clamp (towards the end of the punch) and tighten it down. True, the pipe will get a bit distorted, but you will be able to reduce the diameter that way. Remember to move the clip 90 degrees at a time for the best result. Otherwise, you’ll risk messing up its shape and ruining the pipe. 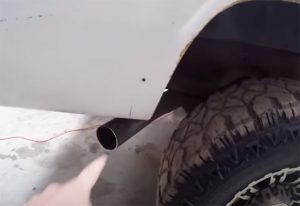 So, just tighten the clamp using a ratchet or an impact driver and keep your eyes on the pipe. It will get smaller as you’re tightening it further. For an even bigger effect, you could cut slots before putting the clamp on. This can be done with a saw (the kind that can “handle” metal, of course), or the Dremel tool (more effective for this kind of a job).

Some folks use pipe benders instead, as they believe it helps achieve a better result. However, the concept is pretty much the same. Now, if you’re not happy with the idea of distorting the pipe, you can always go to the closest auto shop for help. They usually don’t charge a lot for this unless it’s a customized exhaust system.

And that’s pretty much it! Reducing the diameter of the exhaust isn’t rocket science. Yes, it does require some skills and knowledge, but, you can pull it off in your own garage with a couple of regular tools from the closest store. Going for a smaller exhaust will help you get rid of the drone noises, improve performance on low RPMs, and make aftermarket gear compatible with your factory exhaust system.

On the other hand, a larger diameter can be beneficial as well. Ultimately, it’s up to you to decide what you want to achieve with the adjustment. So, make sure to weigh in all the pros and cons before you decide to customize your exhaust tip/pipe, converter, or any other component of the exhaust system!