How to Make a 4 Cylinder Dodge Neon Faster 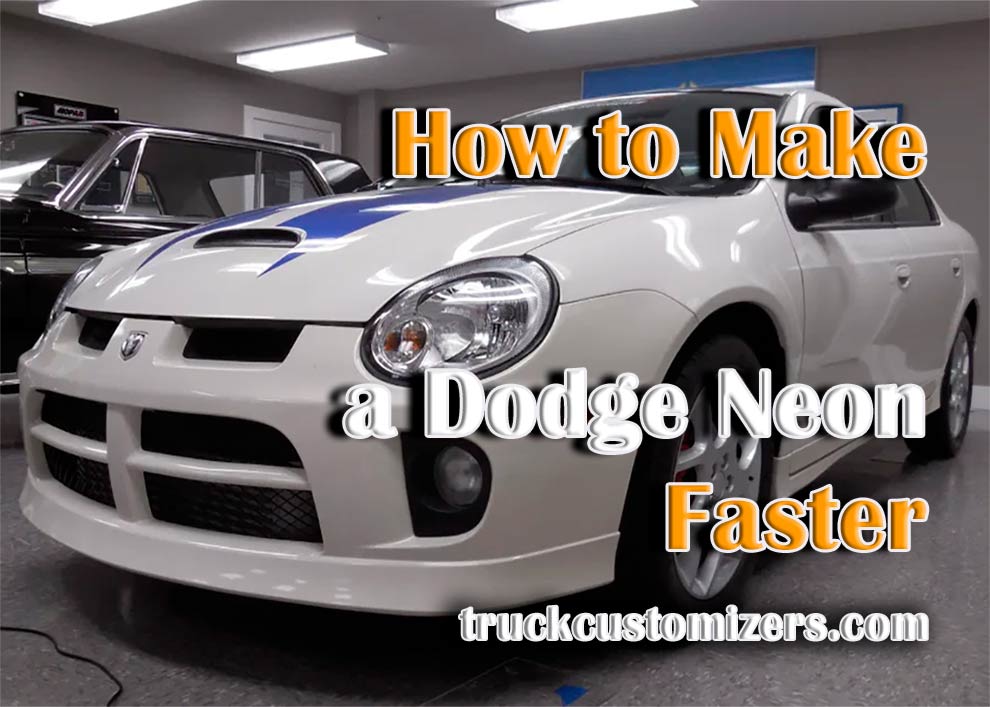 The younger generation might not know about the Neon, but the experienced drivers should remember it. Revealed back in 1991, it hit the dealerships in 1995. A compact car, it offered a great balance of price and quality. The Neon started as a coupe and later on was turned into a four-door sedan. Sadly, production ceased in 2005, but you can still see this vehicle on American roads.

As a compact, nimble, and highly flexible ride, it feels very smooth on the road and is fun to drive. However, the 4-cylinder engine isn’t at all impressive. It struggles on steep climbs, quick turns, and, overall, leaves a lot to be desired. But, that can be changed if you invest in the right aftermarket gear. I’m talking about headers, exhausts, cold air intake kits, and more! 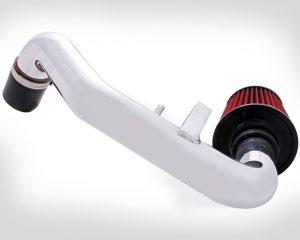 The Neon’s factory system is decent, but it’s not on par with what the market has to offer. It’s restrictive, doesn’t generate enough airflow, and, when the engine is pushed to the limit, the stock intake might not be able to keep it cool. In contrast, an aftermarket cold air intake can boost airflow by up to 50%. On top of that, by allowing the engine to operate at the top of its game, a premium-quality air intake also improves the overall performance.

I’m talking about extra horsepower and torque, of course. On average, expect a 5-10% increase. The throttle response will be perfected as well, which will result in better acceleration. For a compact, sporty car, that is very important, along with a loud, roaring engine sound. Last, but not least, a third-party air intake is known to boost fuel efficiency. The reason: cold engines require less fuel to run compared to hot motors.

Another thing to keep in mind is compatibility and ease of installation. If you don’t see Dodge’s compact car in the list of compatible vehicles, don’t even consider buying that intake. Alright, so, the Best Cold Air Intake for Dodge Neon should boost the airflow, improve performance, mileage, be crafted from top-notch materials, and take little time (and effort) to install.

#2: Use a High-Flow Air Filter 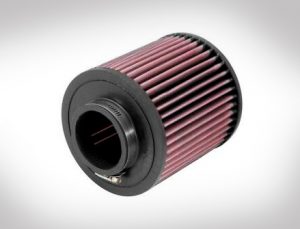 Next on the list, we’ve got air filters. Again, the factory Neon setup does have a filter, but it’s literally a paper one. Now, the #1 job of a filter is to keep contaminants (dust, pollen, debris – stuff like that) from getting into the engine bay and causing damage. The paper filter does a fairly solid job of keeping it all at bay, but only if you drive on highways. On busty city streets, off-roading trails, and areas that are too dusty or full of rocks, it won’t cut it.

So, that’s already a good enough reason to consider buying a replacement. On top of that, the stock filter has a slightly negative effect on HP and torque. You won’t have the same problem with an aftermarket, high-performance filter. I highly recommend getting an oiled filter, as it will last really long and can be reused. All you’ll have to do is clean it, re-oil it, and put it back in!

A quick note: if you’re serious about upgrading the Neon, consider buying a cold air intake kit instead. It will be an all-in-one kind of a deal and include not only an air filter but also an intake tube and a heat shield. So, yes, an air kit is a combination of a cold air intake and a performance-oriented filter. That will cost you less than if you buy all the components separately; plus, the package will include a warranty deal on the whole thing. 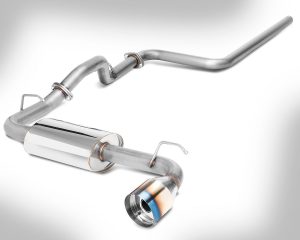 In many ways, the exhaust is similar to the air filtration system. If you’re just a “citizen driver”, the stock system will do just fine. However, it’s a bit restrictive, which means it’s very well possible to gain extra HP/torque, acceleration, and up-hill performance with a premium aftermarket exhaust. As a bonus, it will make sure the fumes don’t “hang around” for too long and prevent engine overheating.

A cat-back exhaust will be a perfect fit for the Neon. Look for gear that’s crafted from aircraft-grade steel (T-304, for example), comes with at least a one-year guarantee, and includes a detailed installation guide. If you see “bolt-on, OE-type installation”, you’ll be able to replace the factory system on your own, without having to pay an auto shop to do that instead. 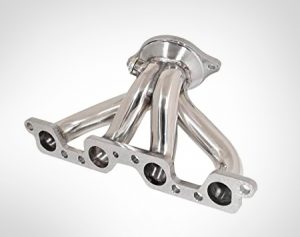 People tend to underestimate the power of a good header. Essentially, it replaces the factory manifold and becomes the link between the exhaust that we just discussed and the cylinders. What we’re going for today is maximizing performance, and, just like in the case with all the previous gear, an aftermarket engine header is vastly superior to the stock system.

With a header, each cylinder gets its own, individual tube. That greatly improves the effectiveness of the entire exhaust mechanism, getting rid of fumes a lot quicker and more efficiently. As a result, the engine gets room to “breathe” and avoids overheating. This is called reducing back pressure, and, as you’ve probably already guessed, a decent-quality header can boost the powertrain as well, giving you those precious extra “horses”, torque, and more.

#5: The Power of a Decent Tuner

Last, but not least, we’ve got a programmer on the list. Also known as a tuner, it’s an electronic device that connects to the vehicle’s on-board computer and re-calibrates dozens of settings for optimal performance. Yes, it goes exactly like that: you plug it in, launch the tuner, and it does the rest. Obviously, there are several different menus, configurations, and options that you can scroll through.

But, mostly, programmers come with built-in presets that were “fine-tuned” for specific goals. For example, some presets maximize fuel efficiency, while others work on upping the throttle response. And then there are settings best suited for driving off the road. These devices aren’t particularly cheap (300-400 US dollars for a good unit), but you’ll be impressed by how much of an improvement they can introduce.

Fuel efficiency, horsepower/torque, acceleration – tuners can make a lot of positive difference, especially for a compact car like the Neon.

Dodge’s Neon might not be the fastest or the most capable vehicle out there, but it sure does have a big potential. And, if you save enough bucks to buy at least some of the five aftermarket upgrades that we discussed today, you’ll be able to turn it into a completely different car. Plus, you’ll protect the powertrain from overheating, increase the engine’s lifespan, and make the Neon sound like a beast on and off the race track.

And, while a couple of extra miles per gallon might not sound much, in five years, you’ll get to save up to 1000 American dollars, or even more. Add extra HP, torque, better up-hill performance, and, above all, improved acceleration, and you’ll instantly see the appeal in replacement gear!