When Should I Replace Shocks and Struts

Replacing a strut or shock absorber in terms of work is not a very expensive event, even on fairly expensive cars, because it’s a no-brainer affair. But when it comes to the cost of the part, the overall repair begins to play with new colors, and the more expensive the car, the darker the shades. And remembering the main rule of suspension – if you change the left one, change the right one as well – you can get an instant gray strand. Today I will tell you about when should struts and shocks be replaced and why it is sometimes better than new “originals”.

When Is It Time for Replacement?

It is no secret that the suspension of the car during the motion experiences enormous loads, bearing not only dynamic, but also shock nature. This is due, first of all, to the poor quality of the road surface, as well as the manner of driving. In order not to prevent the car from falling apart on the move, shock absorbers are installed on it, the purpose of which is to damp the vibrations arising during the motion. The first sign that these elements need at least an inspection is a characteristic thump, clicks and creaks. In some cases the car can keep oscillating for quite a long time. 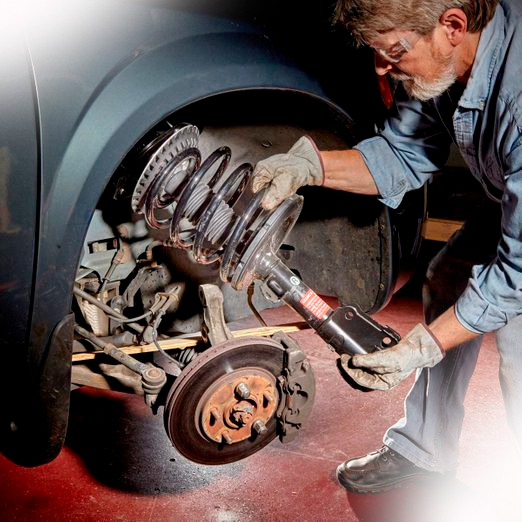 Of course, you should not delay with the repair or replacement, because, despite the fact that sometimes the malfunction is not very noticeable, it can lead to more serious problems with control, such as skidding. The car is rather poor out of a turn, especially in the case of slippery road surfaces. In addition, there are violations in the camber adjustment, tires wear out faster, as well as some elements of the suspension.

The Importance of Replacing

Thus, as soon as at least one of the above-mentioned signs of failure of shock absorber struts in a car has appeared, it is urgent to carry out their diagnostics and replacement. Of course, if there is neither time nor wish to dig in yourself, you can do it practically at any service station, but this procedure is not too labor-intensive, so nothing prevents it from being done at home.

Replacement of Shock Absorber Struts – Do Not Be Lazy to Help Your Car!

First of all, you need to unscrew the ABS wires and brake hose bracket from the strut. Then, to be able to remove the strut itself, you must unscrew its two lower bolts and the three upper nuts of the strut support. Pulling the rack, it is necessary to deflect the hub outward, while making sure not to tear the dust cap. When assembling the strut, don’t forget to put the support bearing in the right place. After the shock strut has been installed, it must be tightened and the wheel must be secured. The damper rod, on the other hand, is only tightened after the car is lowered to the ground.

In the end, I hope this article was helpful for you and that you understand how often should shocks be replaced and why you need to change struts and shock absorbers! Have a great day!