How to Prevent Camshaft Failure The Reason No One Pays Attention To

This happens most often when the car is not purchased new and its operating history is not well known. Let’s say the previous owner, which you don’t know about, overheated the car more than once and blew a gasket under the cylinder head. If you have encountered such a problem, I recommend replacing the whole head first!

Typical Methods of Dealing with A Breakdown

What does every owner usually do after that? Usually, always take the head off and take it to be flattened, i.e., leveled, and aligned. After overheating, possibly repeatedly, the head is deformed, take it to a recess and there it is ground (the side that has adjacency directly to the cylinder block). The turner smoothes it out, making it absolutely perfectly flat. But, the head is all waxed up, and here is the seat of the Best Cam, since the camshaft also sits on the head, no one can grind, and herein lies the whole problem.

What Happens as A Result of The Repair 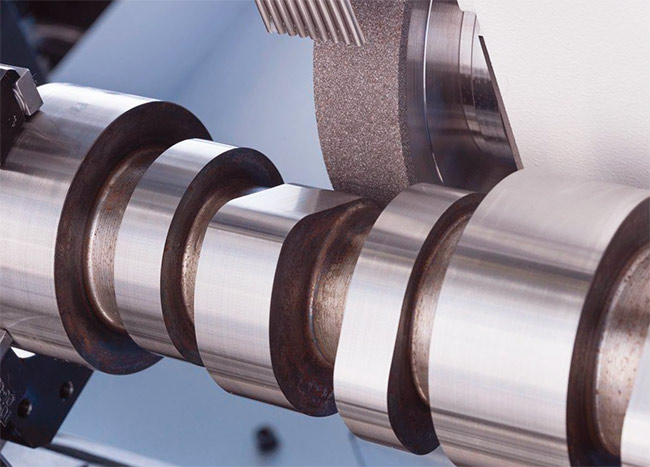 As time goes by, once it was overheated, the second time it was overheated, let’s say, the first grinding, second grinding, third one, it doesn’t matter how many of them there were, even after one grinding the camshaft seating can be shifted. The main plane, which goes to the cylinder block, is planned, and this one you do not touch. The result is that when the bed is installed, and it is aluminum and it has some flexibility, you start to pull it up. Since no one checks it for flatness, you keep stretching it. It turns out that in the center place the camshaft rests, because it has no flexibility, it is cast iron, and the bed is flexible, you overtighten it. The camshaft rests on the main three points, which is the center point, and the two extreme points.

What Causes A Camshaft To Fail?

The camshaft is overloaded, it gets hot, and then it cools down, and that’s what happens over and over again until it cracks. Why doesn’t it break right away? It has a certain margin of safety, but after it heats up and cools down a few times, it runs out of that margin. Naturally, due to thermal expansion, it becomes more stressed and the camshaft breaks – this is the main reason why camshafts break.

The Simple Way to Prevent A Camshaft from Cracking

You can eliminate this cause very easily – take out the camshaft, put the camshaft bed on the head, check it for adherence. If there is the slightest looseness anywhere, this once again confirms that the head is loose!

How to Recognize the Signs of Camshaft Failure

The camshaft is an important component of the engine control system. It rarely fails, but if it does, repairs are often very expensive. Especially if you don’t keep an eye on the technical condition of the engine and don’t recognize the signs of camshaft failure in time. Here is the most detailed information about this important engine component.

The Function of The Camshaft

The camshaft in a four-stroke engine ensures that the valves in the cylinder head open and close and thus controls the gas exchange in the engine. To do this, the camshaft has cams (usually the number of cams corresponds to the number of valves in the engine) that convert the rotary motion of the camshaft into a valve stroke motion. If the camshaft cam extends the valve downward (via a tappet or rocker arm), the inlet or outlet in the cylinder head of the engine block opens. The valve then closes. It is pushed back by the valve spring.

Construction of A Camshaft

Like all parts of the car, engineers try to make the camshaft as light as possible when designing it without sacrificing quality and reliability. This goes for all other moving engine components and other parts of the car as well. Reducing the moving masses in the engine has a much greater impact on the overall efficiency of a vehicle’s powertrain than, for example, reducing the weight of other car components.

Damage to The Camshaft

Camshafts are considered to be wear-resistant engine parts and usually last the entire life of the vehicle. This is why camshaft damage is a rare occurrence. Especially when it comes to older vehicles. In more modern engines, the camshaft has a greater risk of damage, but defects in this part are nonetheless also rare.

True, if a modern car is used in a normal mode. If you frequently drive at high engine speeds (“screw” the car), the camshaft in the modern engine will fail much earlier than in the old car. But again, this is not true of all cars. It all depends on what camshaft the automaker uses and what timing design the engine has.

Typically, the camshaft in a car engine can last the lifetime of the car. This means that a camshaft can last approximately 200,000-300,000 kilometers (this is the average life span that many car manufacturers specify for most vehicles today). However, there are cases where the camshaft fails much sooner. For example, when the camshaft is defective at the factory. Or when the car owner used the car in extreme conditions or frequently drove at high revolutions (as they say, constantly “screwed” his car).

Naturally, when a camshaft defect occurs, it is necessary to repair it or buy a new component. By the way, the restorative repair was popular in the past. In fact, in addition to some monetary savings, camshaft repair in some cars gave a slight increase in power. The fact is that at one time it was fashionable to bore camshafts, conducting their grinding, etc. Today, camshaft boring and repairs are less popular.

How to Detect A Camshaft Defect

With the camshafts in the upper position, the first visual inspection by a mechanic can quickly identify possible defects in the part. After all, with this camshaft arrangement, the camshafts are freely accessible after removing the valve cover. Various defects on the camshaft can be seen with the naked eye. Naturally, before removing the valve cover, an experienced technician will check the engine operation in order to identify characteristic noises in the camshaft operation. The only thing is that it is often difficult to detect even visually these cam defects, which have no noticeable damage marks when worn.

If the camshaft damage is caused by bearings, it can be detected only after disassembly of the upper part of the engine. For example, it is easy to find abrasion marks on worn camshaft bearings. In this case, it is necessary to replace the bearings with new ones.