What Cars Have Hood Ornaments 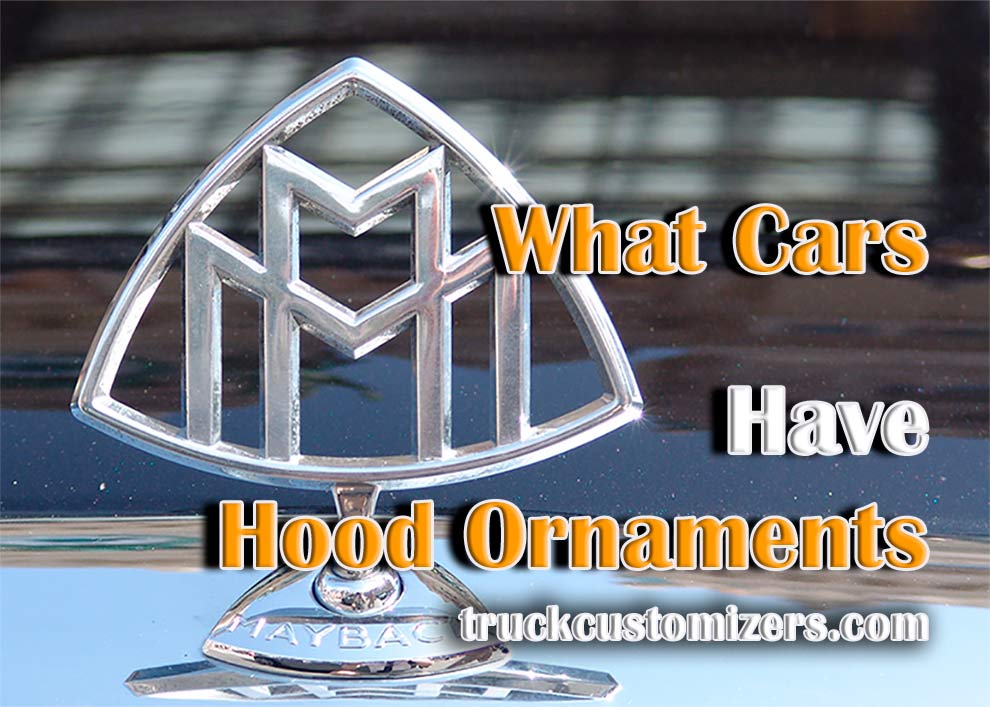 Ornaments – they used to be the stars of the show back in the day. Sadly, these days, they’re a lost art. But why is that? Well, emblems get stolen – yes, it’s as simple as that. Plus, they can cost a lot, and, since most brands are trying to keep the production cost to a minimum, that doesn’t seem like a reasonable investment. There are still some vehicles rolling around with “distinguishing marks”, though.

Rolls-Royce and Bentley are probably the most recognizable cars out there, mainly thanks to their ornaments slash mascots that we all know and love. So, in this guide, we’ll talk about ornaments in general, check out some of the most iconic models from back in the day, and also see what new cars have hood ornaments. Let’s dig right in, shall we?

What’s the Deal with Ornaments? 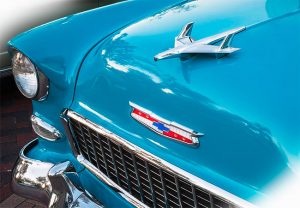 Let’s start by saying that from a practical standpoint, they don’t really have any perks. You won’t see an increase in performance, a boost in fuel efficiency, or anything like that. The appeal is strictly visual. If you’ve got a mean truck or a big, bad SUV, and want to make it turn heads, an ornament will be money well spent. Just think about what the right Chevy truck hood ornaments can do for your vehicle!

And if you were wondering, it takes very little time and effort to install one. Plus, you won’t have to worry about the law, because in most American states, it is perfectly legal to drive around with an emblem. There are some rules to follow, however. For example, the ornament/mascot cannot have reflective pieces as they might blind oncoming drivers and cause an accident. Also, make sure that the mascot isn’t very big; otherwise, it will be blocking the driver’s view!

A quick note: the officials have been urging citizens from across the globe to remove their ornaments for many decades now. The reason: they can turn into dangerous projectiles when there’s an accident on the road. Plus, they attract thieves and are bad for aerodynamics. Pedestrian injuries are a big factor as well. That still doesn’t change the fact that they are pretty badass!

The most Iconic Ornaments in History 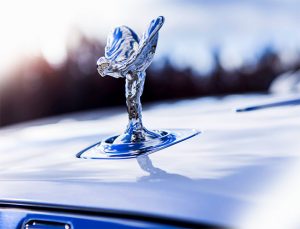 Ok, now let’s check out some old hood ornaments from the past. Yes, I’m talking about the legendary stuff that we only see in the movies nowadays. By the way, originally, ornaments were invented to cover the radiator caps? That’s right, and one of the first brands to use them was Rolls-Royce. The iconic Spirit of Ecstasy was first introduced to the world back in 1911 and it is still the company’s pride and joy.

Crafted from premium-quality stainless steel with gold plating (24-carat), it’s a pretty expensive treat! Bentley, in turn, created the Big B eight years later – in 1919. The emblem is a beautiful combo of two flying wings, with a “B” in the middle. Oh, and let’s not forget about Mercedes and its famous three-pointed star. It’s not nearly as expensive as the previous two, but still very famous.

Speaking of Mercedes, it’s one of the rare companies that appreciate the beauty or an emblem to this day. The German giant’s E-Class, C-Class, and SL-Class models are still cruising down the blocks with the majestic three-sided star. Sadly, rumors claim that the 2022 editions of the Mercedes luxury vehicles will be released without the ornament to follow the current trends.

Flashes from the Past 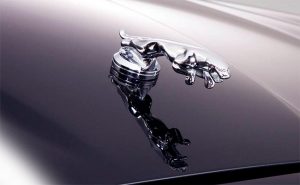 A recent survey showed that most drivers like the Jaguar Leaper. It used to be a trend-setter in the early 40s, along with the Dancing Elephant (by Bugatti). As for the Ford hood ornaments, the Mustang Horse is one of the biggest crowd-pleasers among car emblems. The Leaping Greyhound on the Lincoln luxury vehicles (again, manufactured by Ford) is another example of an eye-catching mascot.

The company also issued a limited number of the so-called Ford V8 mascots a while ago. It was a “V” with an “8” in the middle, and really long stripes. With Chevy we’ve got the Jet Bird mascot that used to run the show back in the 50s and the 60s. Unfortunately, like almost all the other big brands in the business, Chevrolet decided to let go of the once-famous ornament.

Truck and Ornaments: A Match Made in Heavens?

Alright, so, we went through some luxury cars and vintage vehicles, including Bugatti and Mercedes, to name a few. The one thing that they have in common: they’re all either sedans or limousines. But what about trucks – are there any models that come with built-in emblems? The answer is no, there aren’t any officially-released trucks with ornaments. 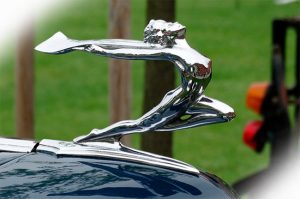 However, if you type “Hood ornaments Ford trucks” or something like that, you’ll see that there are lots of auto shops that specialize in that kind of stuff. That’s right: since the demand is pretty high, there’s no shortage of custom shops that can create pretty much any ornament you like. The Buick Goddess, the Double M on the Maybach vehicles – whatever warms your heart.

That will cost you a lot, though, so, make sure you’re 100% happy with the emblem and that it’s going to be a perfect fit for your vehicle. Personally, I like the vintage Ford hood ornaments, because they make my F150 look unique. But keep in mind that if you do a lot of off-roading and don’t have a proper front bumper or grille, chances are, all the trees, bushes, rocks, and whatnot on the road will leave a hundred scratches on the ornament.

And one last thing: do you know that the symbol of all the Dodge vehicles is the Ram? Yes, it’s been the company’s official mascot for years! However, strangely enough, we don’t see it on the brand’s modern-day trucks, like the RAM series, for example! Funny how that worked out, right?